I’m talking about phishing. And before I started working as a Communications Specialist for Cyphercor, I was fairly ignorant to it, oblivious to numerous and constant attempts attackers make at hooking me and reeling me in so they can steal my username and password. One successful phishing attempt would have been especially catastrophic for me because, like most of the online population, I used the same password across multiple accounts. It’s bad, I know, but at least it wasn’t “password” or “123456”.

Since we at Cyphercor specialise in defending against phishing (and other sorts of cyberattacks), I grew curious about it quickly, which led me to my junk mail. That’s where I found around 14 new classic-style phishing emails making claims like this one:

It’s true that I think cyber-society has progressed to a point where most (but not all) of us are unlikely to fall victim to Nigerian Prince-esque schemes. They’re humorous, even. The real danger lies in what a lot of us don’t realize: modern phishing is becoming increasingly sophisticated — and the consequences are far from funny.

According to the Anti-Phishing Working Group (APWG), more than 123,700 phishing attacks took place in the first half of 2014 (the second highest since the second half of 2009) and a total of 756 institutions were specifically targeted in these attacks, the largest number ever during a six-month period. Improved phishing techniques include… 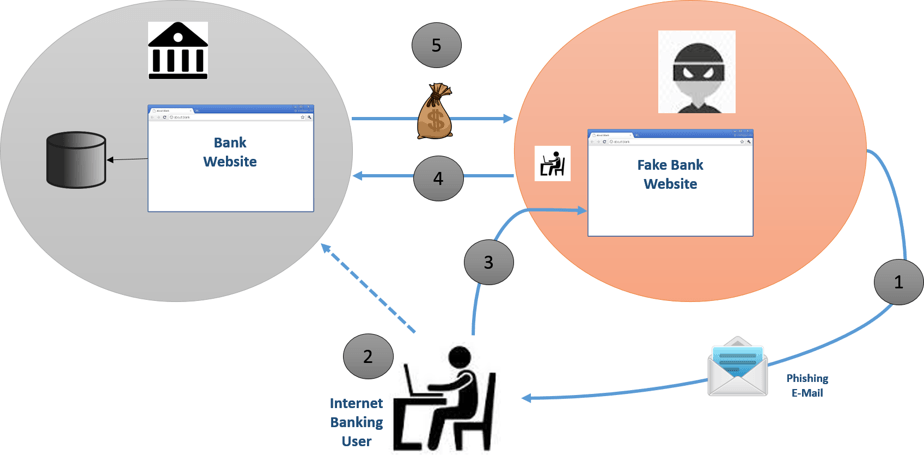 First, the attacker creates a fake website that mimics a real site. Then s/he uses bait, such as a phishing e-mail, to lure Internet users to his/her site instead of the trusted page the user wants to visit. The user may be relayed to the real website until information theft can take place. On payment pages and the like, hackers steal important information and use it for criminal purposes (e.g. to take users’ money).

A few major companies that were recently subject to phishing-related attacks include Target, the New York Times, Twitter, JPMorgan Chase & Co, and RSA. But bear in mind, while not as widely reported on, small and medium sized businesses are also at risk — even more so.

When it comes to security breaches, instead of simply “What happened?” it is also prudent to ask “What didn’t happen?” In other words, “What was missing that could have prevented the attack?” The answer is a non-OTP (one time password) based two factor authentication solution, such as LoginTC.

Two-factor authentication (2FA) requires that users who attempt to access particular services possess both “something they know” (a password) AND “something they have”. In the case of the RSA, a major 2FA provider, the second factor, or “something you have” component, is typically a hard token that generates one-time passwords (or OTPs). Some OTPs do not really qualify as a second factor. The RSA breach proves that attackers would have means to generate certain valid token values. LoginTC, on the other hand, turns your mobile device (smartphone or tablet) or desktop (via Google Chrome) into the second factor. What does that mean? Well, think about it this way: even if I had explicitly sent “the manager of bill and exchange in THE BANK” my username and password s/he would have no way of infiltrating my account for a LoginTC-enabled service because s/he would not be in possession of my second factor: a smartphone, which I could use to deny any invalid access requests. There are no codes to be copied or OTPs s/he can crack. To learn more about how LoginTC works, click here.

Phishing attacks as prevalent as ever and only maturing in sophistication — they’re not just for duds anymore. And before I joined the LoginTC team, I was a big juicy tuna flapping its tail above the water, calling phishermen directly to me with my splash. I have since varied my passwords and enabled 2FA wherever possible. If you want to keep your business afloat safely, without sinking its security, use the trusted two-factor authentication of LoginTC.