Application Programming Interfaces (API’s) are the vital links that allow applications to exchange services and data and require authentication before the exchange can take place. If a client application tries to access another application, the target API wants to know: Is the client really the client it claims to be?

The goal of API Authentication is to prevent attacks from cybercriminals who lurk around websites looking for the slightest vulnerability. API authentication works as a gatekeeper that grants access to only authentic users. 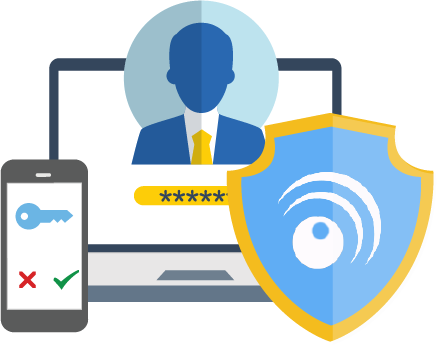 The Benefits of API Authentication

A website that uses API authentication, creates a sense of security for users and wins their trust. Users feel better knowing that their personal information is protected even if they have to go through an extra verification process.

Using API Authentication prevents you from incurring additional costs accrued when your customers’ data is at risk. As a website owner, someone has to be accountable for their losses as some users won’t hesitate to file for a legal suit when they notice a data exposure or breach.

How Does API Authentication Work?

The dynamic of API authentication can differ, depending on the method you choose. The most common form of authentication is to send or receive an API key which consists of a long series of letters or numbers.

This code of numbers calls programs from a different application; the key then recognizes the code, its developer, the end-user, and the application where the API call is made from. When the client authenticates the API key, the server recognizes their identity and lets them access data with ease.

API keys were made as a fix for early issues with HTTP basic authentication and other comparable systems. API keys have unique identifiers for users each time they try to authenticate. It’s perfectly suitable for applications that have several users seeking access.

A uniquely generated code or token is allocated to each first-time user to signify that the user is known. If they want to log in again, they use that code for verification.

OAuth with Open ID provides authorization services to decide which users have entrance to various corporate information. When this is used solely for authentication, it’s called pseudo-authentication simply because it is not designed for that purpose.

How to Select the Right API Authentication Method

When selecting the authentication method that is best for a particular API, it comes down to the level of security that is required to validate clients versus the ease of implementation and maintenance. HTTP Basic Authentication is easy to implement, but also is more vulnerable to account compromise since the password is not encrypted.

OAuth Authentication offers security scalability and the best user experience. However, it’s more work for developers and API providers to implement and maintain. Realistically, all the user needs to do is click on a button, but the real benefit is that the user can utilize an existing account and the app developers can leverage an existing authentication mechanism, which is less work than creating one on their own.

Another tool that compliments OAuth is OpenID. This works as an identity layer you can deploy on top of the protocol so the API can verify a clients identity and profile via authentication performed by the authorization server.

This combination of OAuth and OpenID, allows you to benefit from a stronger security posture. It contains a system that natively supports strong authorization in addition to embedded authentication methods which decreases the cost of implementation over the long run.

Authentication and authorization are two closely related terms. The two functions are often tied together in single solutions. Authentication is when an entity proves an identity. In other words, Authentication proves that you are who you say you are.

Authorization is when an entity proves a right to access. In other words, Authorization proves you have the right to make a request.

Essentially, API authentication is a system that proves your identity.